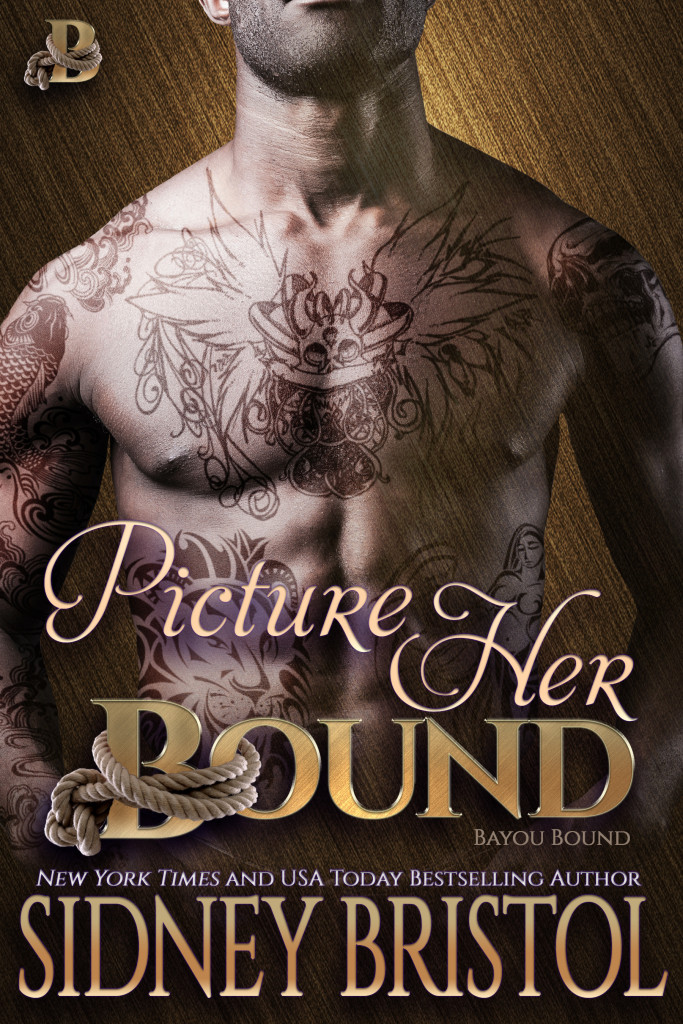 This weekend, please accept these free and discount books as our gift to you. Thank you for your support and continued reading. 🙂 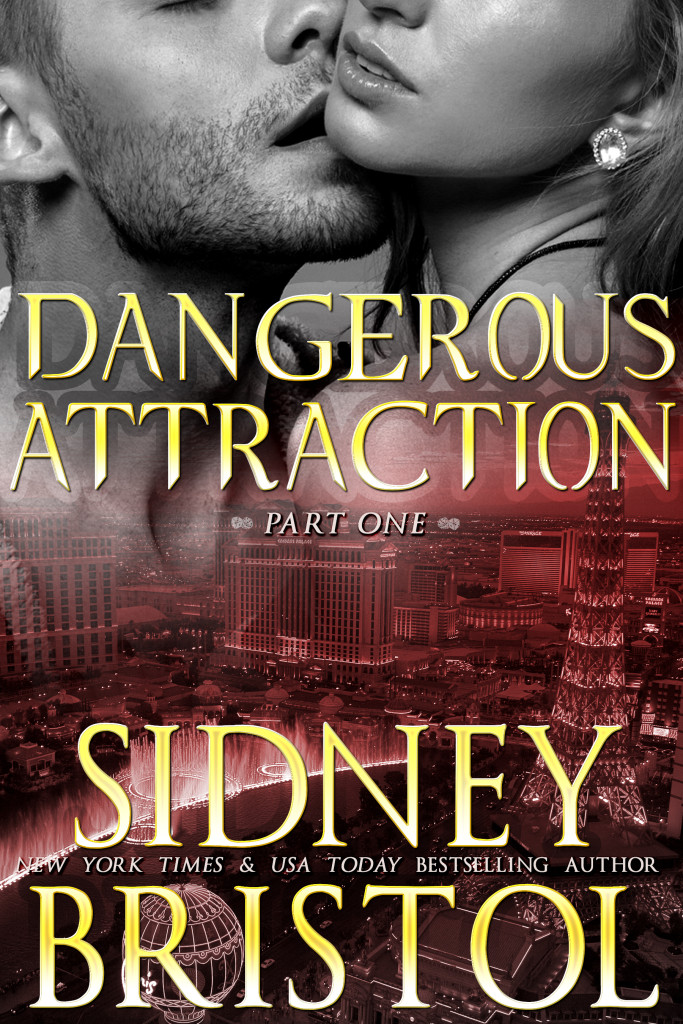 Ex-SEAL Travis Ration is an expert hunter. When the FBI call in a favor and ask him to look into a serial killer over the holidas, he jumps at the opportunity to fill the long, cold days with something besides regret and bad movies. In Vegas, he’s on the hunt for a serial killer no one wants to admit exists. The leads are dry and the evidence gone, until she walks into his life. Bliss Giles—curvy, sassy and everything he can’t have. Warning: It won’t end happily ever after—this time. Hold onto your panties, because nothing is safe.

Grizzly bear shifter Grant Waters wants one woman–Curvy Chelsea O’Reilly. He’s wanted her since they met. Except he’s worried his secret may be too much for her. It may be what sets her running. Curvaceous Chelsea works at a salon in Bear Canyon Valley. She gets butterflies when Grant’s around. But she’s got her own baggage. Plus, she thinks that Grant would be better off with the local, stunning, curvy, widowed-way-too-early Mae Forester. 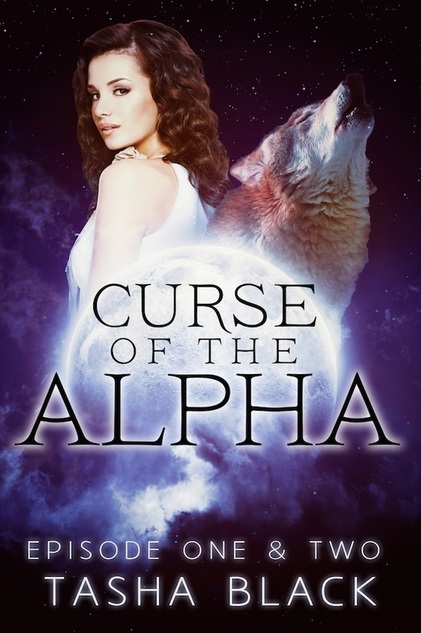 Curse of the Alpha: Episodes 1 & 2 by Tasha Black

Ainsley Connor is determined to turn her back on her shifter past. But the wolves of Tarker’s Hollow call on her to choose the next alpha, and Ainsley becomes the object of desire for every eligible wolf in the quiet college town. Ainsley soon finds herself torn between the mysterious stranger with the dark secret, the gorgeous and loyal friend from her past, and the hunky sheriff that wants her all to himself. But for Ainsley Connor, the toughest wolf she must face might just be the one inside herself.

Ali’s got color-changing skin and wings. On her planet, the skin is normal, the wings–not so much. Not on females. She doesn’t want the wings. And she most assuredly doesn’t want the prophecy that comes with the wings. Ali smuggles herself to Earth. Where can a woman with wings and shimmering color-changing skin go? Easy! An exclusive nightclub where bodypaint and costumes are the norm. What she didn’t expect to be the norm was the sexy stranger. Thane put the S-E-X in sexy. And he’s got more secrets than she does. 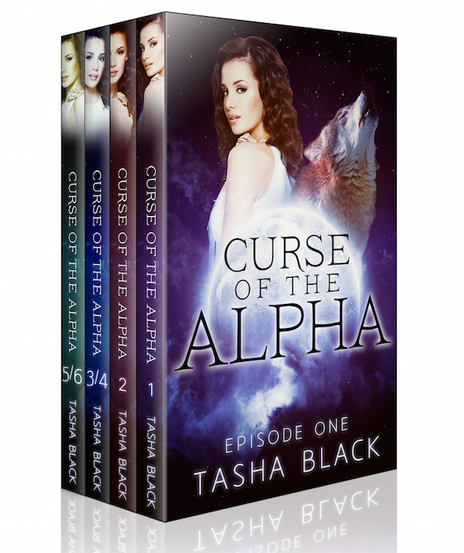 Curse of the Alpha: The Complete Bundle by Tasha Black

READ ALL SIX episodes – 476 pages of steamy shifter goodness – $0.99 through 2/14 only! Ainsley Connor is determined to turn her back on her shifter past. But the wolves of Tarker’s Hollow call on her to choose the next alpha, and Ainsley becomes the object of desire for every eligible wolf in the quiet college town. Ainsley soon finds herself torn between the mysterious stranger with the dark secret, the gorgeous and loyal friend from her past, and the hunky sheriff that wants her all to himself. But for Ainsley Connor, the toughest wolf she must face might just be the one inside herself. 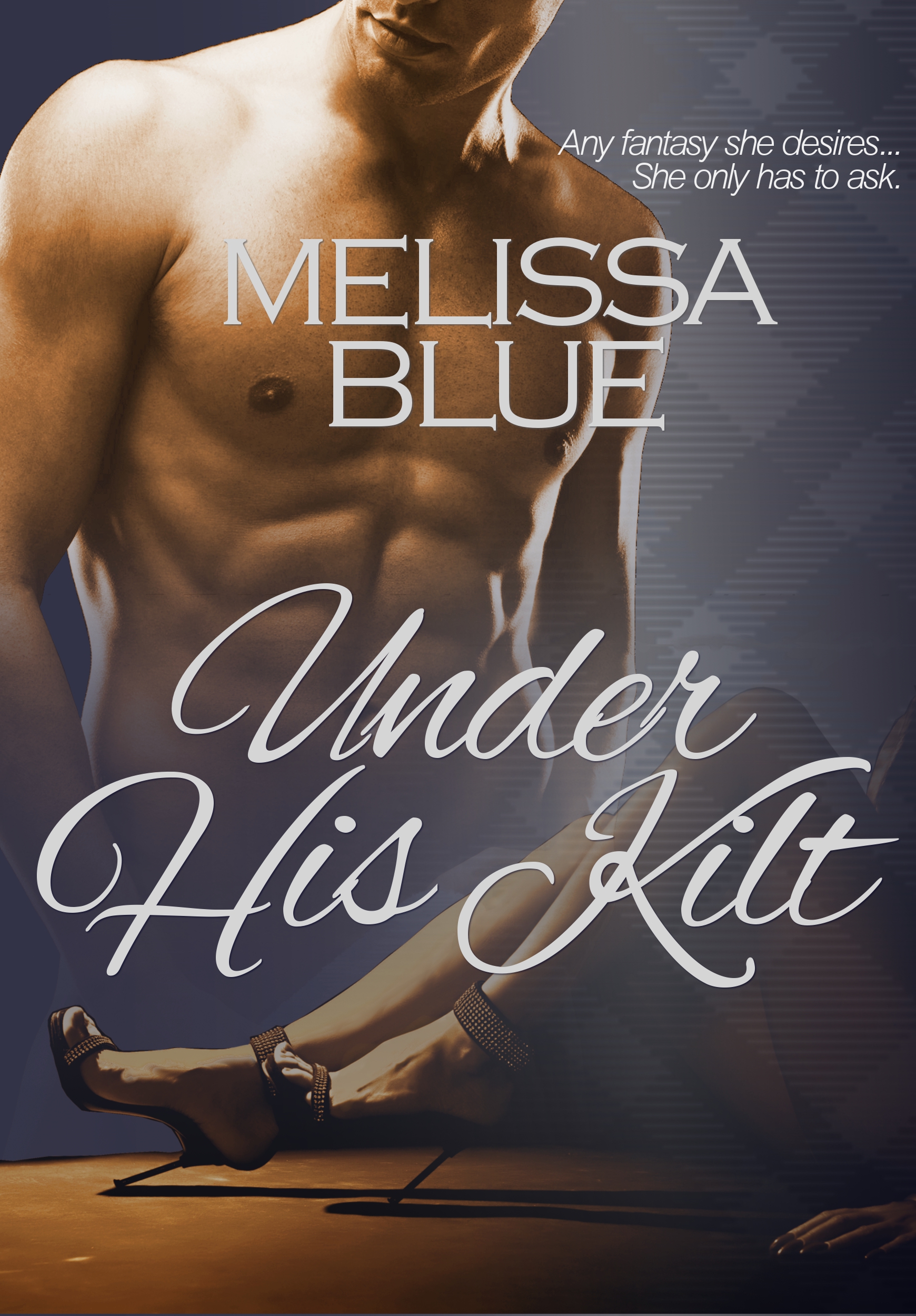 Under His Kilt by Melissa Blue

No emotions, no entanglements…just sex.Jocelyn Pearson and Ian Baird agree their affair will end in thirty days. The closer the end date looms, they start to question if it’s possible to walk away. They’ll have to come to terms of what they’ve become or stick to their original agreement.

I’m Carly Cutler and my dreams predict the future. So why am I dreaming about a sexy beast of a guy, a bear, and a paw print design? I don’t know. A force I can’t fight wants me to find out, and I’m leaving the only life I’ve ever known. With a fresh tattoo of a bear paw and my best friend by my side, I’m on a quest to find a man I’ve never met. Sierra Steele here, and ready for adventure – We’ve been chosen. The moment I saw Carly’s first tattoo, I felt the undeniable attraction of the guy I’ve been dreaming about. My cautious friend can’t resist the pull either, and we’re off to the mountains to get answers. Something’s calling us, and I’m certain the hunky men are our exciting destiny. They’ll keep us safe from the bear, right? 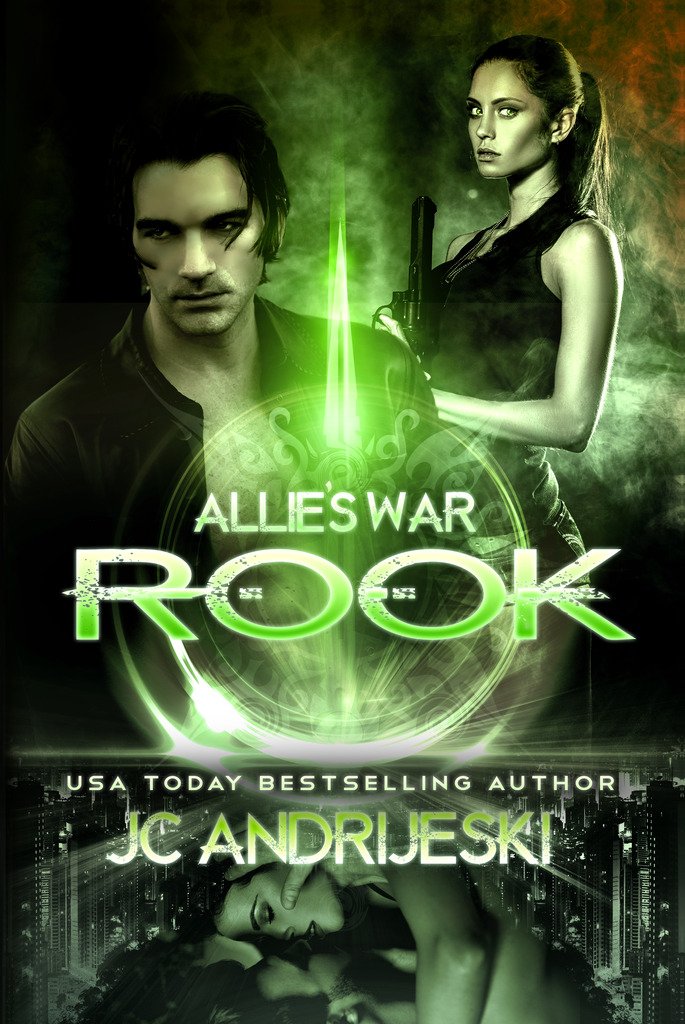 Yanked out of her life by the mysterious Revik, Allie discovers that her blood may not be as “human” as she always thought. When Revik tells her she’s the Bridge, a mystical being meant to usher in the evolution of humanity––or possibly its extinction––Allie must choose between the race that raised her and the one where she might truly belong. A psychic, science fiction romance set in a modern, gritty version of Earth. 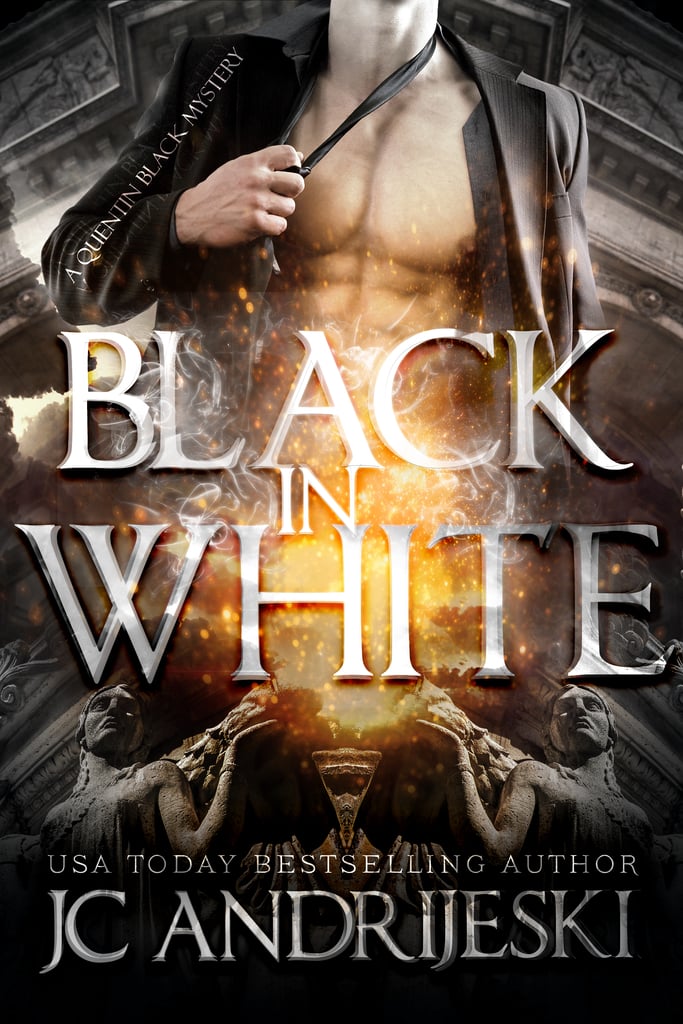 Like Sherlock Holmes? Meet the sexy, psychic version, Quentin Black, and his partner in crime, forensic psychologist Miri Fox. Picked up as a suspect in the Wedding Murders, Black faces off with profiler Miri, who works for the cops, who finds herself strangely drawn to him. Can Miriam see a way out or is her future covered in Black? 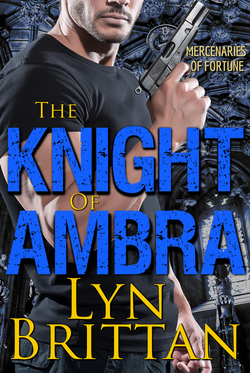 Knight of Ambra (Mercenaries of Fortune #1) by Lyn Brittan

Brant Jacobs is determined not to screw up his first mission as a Knight of Ambra. Sneak in, retrieve the stolen artifact and disappear. Easy…right up until a woman in yoga pants stumbles through the wrong door at the wrong friggin’ time. She’s too cute and too innocent to be left on her own, but bringing her along might put them in the greatest danger of all. 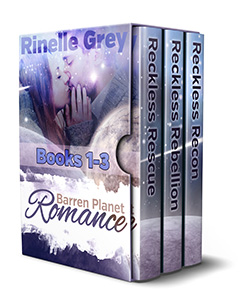 Bundle of the first 3 sci-fi romance novels in the Barren Planet Series for only 99c! Reckless Rescue – He crash landed on her planet, can they survive the winter together without falling in love? Reckless Rebellion – Marlee thought all her problems would be over once they arrived on Tyris’s home world. Turns out, it was only the beginning. Reckless Recon – A pro-surfer turned interstellar colonist, a tinker with a grudge – Will they make it out of the ruined city alive? 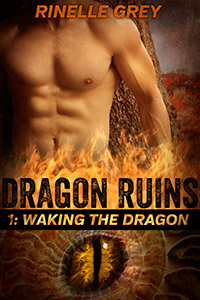 When his centuries long slumber ends abruptly, dragon prince Taurian finds himself in a whole new world. Now, pursued by an ancient enemy, he finds his survival depends on the human woman whose presence woke him. Despite being irresistibly drawn to the half-naked man she discovered in an ancient chamber, Karla is sure he’s crazy. The sensible thing to do would be to drop him off at the nearest police station. But she soon finds out that dealing with dragons is never that simple.